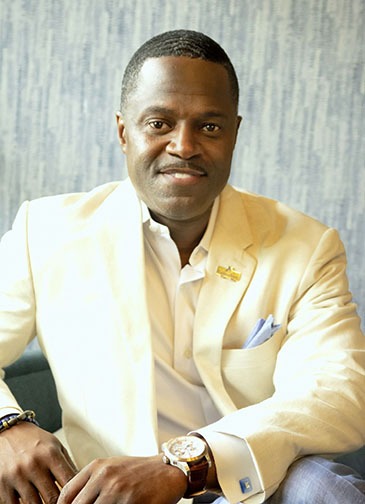 Melvin M. Coleman is President & CEO of Essential Wealth Management Group, LLC. Melvin founded EWM September 2006 shortly after leaving Raymond James & Associates where he was a financial advisor. Raymond James is one of the most highly regarded brokerage firms in America and he benefitted tremendously from his experience there. He earned his series 7 and 66 securities licenses during his time at RJ. He currently holds the series 66 securities license for investment advisors.

Melvin is originally from Savannah, Georgia. He committed to the United States Navy before even graduating high school in 1986. Melvin served three years active duty Navy. His time in the Navy afforded him the opportunity to travel the world and see places he had only read about in books. This experience really helped to broaden his horizons and has served him well to this very day. He returned home to Savannah in August 1989 to begin his education at Savannah State University. He studied Business and earned his bachelors degree in June 1993. Melvin decided to continue his education and went on to pursue his masters degree at Georgia Southern University. He completed his MBA in December 1995.

While in college Melvin began working for UPS in September 1989 as a part time package sorter. Upon completing his MBA in 1995 he was promoted into management in the business development department. Over a 15 year career he ascended to the level of senior account executive managing major accounts. Melvin credits his career at UPS with all of his professional development.

Melvin’s vision for his firm is built on three key focus areas. Provide the community and individuals in which it serves with  1) highly effective investment account management services that are not available everywhere  2) the personal finance counseling that is the missing element to a better quality of life for so many  3) wealth education that will help create the wealth that can be transferred to future generations.

Melvin is very active in the community. He is the former Vice President of the Atlanta Metropolitan Black Chamber of Commerce. He has a long history of mentoring young men that goes back to 1998 with Big Brothers Big Sisters. He is a member of the Georgia Consortium for Personal Financial Literacy and the United Way’s Financial Coach program. He is also a member of the National Black MBA Association and a life member of the Savannah State University National Alumni Association.

Melvin is the proud father of a beautiful daughter. Layla is his only child and for sure a daddy’s girl.